Heating degree days (HDD) may serve as an indicator for the amount of energy used for heating purposes. The correlation seems to be pretty obvious: a larger number of HDD should inevitably lead to a corresponding increase in energy consumption. This relationship should, as a consequence, be reflected by the amount of primary energy used. Of course, heating is not the only way to consume energy. Traffic, industrial production and services equally request their share in primary energy demand.

In Germany, heating accounts for about 30 % of total final energy consumption. Thus, if the number of HDD is up by, say, 10 % then we would expect the consumption figures to increase accordingly. The question is to what extent the latter would reflect changes in HDD. Let us demonstrate this via a simple thought experiment. Imagine Germany consumed 100 units of final energy in 2009, 30 of which were used for heating. The number of HDD was x. In 2010 HDD increased by 10% compared to the previous year. Thus we would expect a total of 33 units being absorbed for thermal comfort. Everything else remaining unchanged, the total final energy consumption in 2010 would amount to 103 units. Thus, the total consumption figure would be up by 3% in 2010.

Does this argument also hold good for primary energy consumption? Let us have a look at two countries of similar size and climatic conditions, namely Germany (Fig. 1) and UK (Fig. 2). The source data have been taken from BP Statistical Review of World Energy 2011 and Eurostat. The figures show primary energy consumption per capita (CPC) in tons of oil equivalent (toe) and the number of HDD in the respective country. 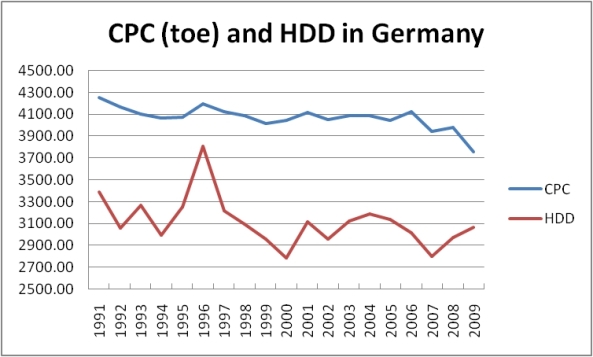 Fig. 1 Primary energy consumption per capita (in toe) and HDD in Germany

Consumption figures in Germany reflect changes in HDD only partially, as expected. At the end of our observation period we even note that a significant rise in HDD is met by a slump in consumption per capita. Between 1994 and 1996 HDD went up by more than 27%. The respective rise in CPC was a mere 3.3%.

The UK data are as follows. 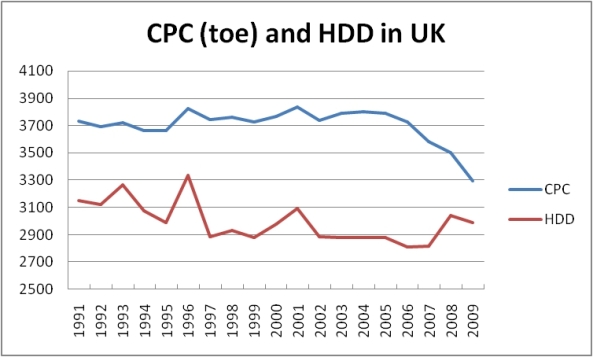 Fig. 2 Primary energy consumption per capita (in toe) and HDD in UK

Again, the changes in consumption per capita are much less pronounced than the respective variations in HDD. In 1995/96 HDD increased by some 11.5 %, whereas CPC went up by 4.5 % only. As in the German case, towards the end of the obervation period a clear upward trend in HDD is met by a significant drop in CPC.

Heating degree days have certainly their merits when it comes to estimating energy needs for thermal comfort. However, on a more global scale, their usefulness is relatively limited. In any case, their importance should not be overrated.

This site uses Akismet to reduce spam. Learn how your comment data is processed.